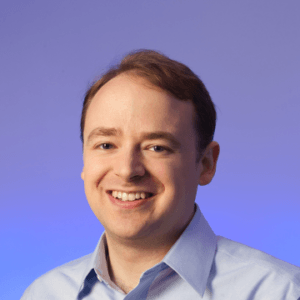 Non-convex optimization problems arise in many industrial contexts and are central to the theory of NP-completeness. It has been suggested that the phenomenon of quantum tunneling may allow quantum computers to solve some non-convex optimization problems exponentially faster than classical algorithms. In this talk, I will survey some research on quantum and quantum-inspired algorithms for optimization and present ongoing work on both theoretical and applied aspects of this subject. Prior knowledge of quantum computing will not be assumed.

Stephen Jordan is a Senior Researcher at Microsoft working on quantum algorithms and quantum-inspired algorithms. Currently his two main areas of focus are simulation of physical systems and heuristic solution of non-convex optimization problems.

He obtained his PhD in theoretical physics in 2008 under Eddie Farhi at MIT, did a postdoc in John Preskill’s group at Caltech from 2008-2011, and then worked at the National Institute of Standards and Technology from 2011 to 2018. In 2018 he moved to Microsoft’s quantum computing group in Redmond, WA. He also holds an adjunct associate professor appointment at the University of Maryland.

This seminar is co-hosted by the UW Institute for Nuclear Theory and the eScience Institute.