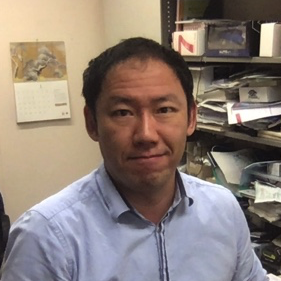 Dr. Koji Terashi has been working on physics research in the ATLAS experiment at the Large Hadron Collider at CERN, and has been responsible for searches for new phenomena beyond predictions of the Standard Model of particle physics. Dr. Terashi is currently involved in the development of quantum computing application to High-Energy physics, mainly on quantum machine learning, charged particle tracking and quantum circuit optimization, through CERN openlab and the Quantum Initiative Projects at the University of Tokyo.

With the significant development of quantum technologies over the last decades, quantum computers have been realized and made publicly available, allowing us to explore real-life problems with actual quantum device. This is a remarkable technological achievement, though how much and in what application the quantum computer can gain an advantage over classical computer in the next decade still remain as open questions. In this talk, I will present early explorations of quantum computing in the field of High-Energy Physics and related scientific disciplines. An emphasis will be placed on the techniques with machine learning and quantum state preparation, aiming to enhance the application of quantum computing to High-Energy physics in the Noisy Intermediate-Scale Quantum era.