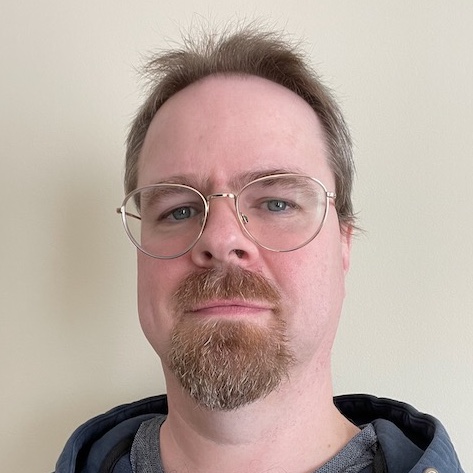 Gabe Perdue is a Scientist in the Fermilab Quantum Institute (FQI) and at the Superconducting Quantum Materials and Systems Center (SQMS Center), where he works on quantum computing algorithms and applications in simulation and machine learning. He also works outside the FQI and SQMS on other projects at Fermilab focused on the use of machine learning (ML) and artificial intelligence (AI) in physics. He also has a long history at Fermilab in high energy physics (HEP), where he spent much of the last decade studying neutrino-nucleus scattering in the MINERvA experiment and working on the GENIE Monte Carlo event generator.

The National Quantum Initiative Act was signed into law in December, 2018. The NQIA established an ambitious goal for the United States to lead the world in quantum technology in the 21st Century. To realize that goal, the NQIA called on Congress to establish a suite of “National Quantum Centers” – hubs for developing breakthrough quantum science, but also for developing a national quantum-ready workforce and to create a full “quantum ecosystem” that leverages the strengths of national labs, academia, and industry. Fermilab will host one of the five Department of Energy Centers – the Superconducting Quantum Materials and Systems Center. I will discuss the SQMS mission to attack the physics of quantum decoherence, engage in fundamental physics experiments using quantum technology, and build a revolutionary quantum computing platform. I will also briefly cover the Fermilab Quantum Institute and other aspects of quantum research at Fermilab. I will discuss ways in which quantum science research is important for High Energy Physics (HEP) and ways HEP may contribute to quantum science on the national stage.