Foundations and Consequences of Quantum Mechanics Entanglement is perhaps the defining feature of quantum mechanics.  Our group is working to better understand its role in the structure and dynamics of strongly coupled quantum many-body systems. 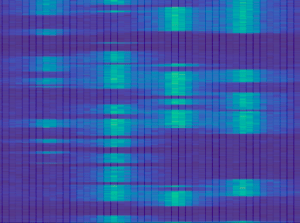 We plan to observe, study and possibly control quantum jumps with a single trapped Ba ion, where the quantum jumps can be detected on the fastest possible time scales. We are building a novel ion trap combined with a high-eccentricity ellipsoidal mirror (or a very deep parabolic mirror) covering > 95% of the solid angle around the ion placed at the mirror focus. 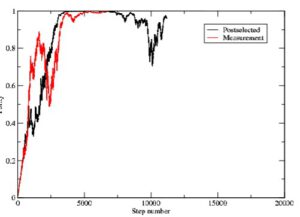 We study many body quantum systems undergoing a hybrid evolution involving both local unitary gates, which tend to create entanglement, and measurements, which tend to destroy it. The competition between these two effects can give rise to novel dynamical phase transitions characterized not by any local order parameter but rather by the behavior of the entanglement entropy. We study these phase transitions numerically and analytically. More generally, and also with external collaborators (Matthew Hastings and Jeongwan Haah, Microsoft) we study the implications of this for the storage of quantum information and quantum error correction. Trapped ions are one of the world’s leading technology platforms for quantum computing but have primarily been limited to linear, or one-dimensional traps.  The 2D Trapped Ion Crystal Project in the Trapped Ion Quantum Computing Lab at UW is developing a novel trap geometry specifically for two-dimensional crystals of ions, allowing us to increase the number of qubits available for quantum logic operations. The project aims to realize an nanophotonic array of coupled nonlinear cavities, where the quantum materials enable nonlinearity at the few-photon level. The resulting quantum photonic platform is impossible to simulate in any classical computer and will allow synthesis of novel quantum states of light.

In principle, decoherence of qubits can be avoided using “topological protection”, with the most promising scheme for such topological protection being based on so-called Majorana zero modes. In this project, PI’s are seeking to engineer these exotic Majorana modes by proximity-inducing superconductivity and magnetism in the edge of the two-dimensional topological insulator, monolayer WTe2. So far, there has been success in demonstrating the coupling of a two-dimensional magnetic material, CrI3, to the topological insulator This project addresses the pressing need for secure communication at long distance scales while employing minimal resources using novel theoretical schemes. The approach is based on the development of new, high-quality light sources capable of producing many quantum-correlated (entangled) photons at a high rate; these light sources will be integrated into a device that is capable of directing the photons on a microchip and reliably guiding them to optical fibers for long-distance transmission.

The project employs two transformative approaches to seek solutions to scaling quantum communication systems: an integrated hybrid-materials platform to realize multi-device functionality and state-of the art computational techniques to design the desired performance under the constraints of semiconductor fabrication processing. A critical resource for quantum computers is quantum entanglement. Our group works on realizing efficient quantum entanglement with quantum defects by (1) understanding and contolling the spin and optical properties of defects (e.g. donors in ZnO) and (2) designing, implementing, and testing integrated quantum circuits in diamond with the aim to significantly increase quantum entanglement generation rates on a chip. Individual and collaborative projects in this area are funded by NSF and DOE’s National Quantum Initiative Center C2QA.

Establishing quantum interconnects between disparate quantum systems may help build new quantum hardware that benefits from the unique features of the component systems for improved performance. This project aims to entangle a solid state spin in ZnO with a trapped Yb ion via a photonic interconnect. Understanding spin and magnetization dynamics is crucial to many advanced scientific research and technological developments in quantum computing and quantum information systems. The Li group is developing time-dependent many-electron theories and computational methods that can be applied to simulate physically relevant non-equilibrium spin dynamics and internal spin couplings. The Gamelin group is using optical and microwave spectroscopies to probe coherent spin dynamics in nanocrystals and thin films. This project seeks to make a major advances in solid-state quantum technologies by developing tools to predict – from first-principles quantum theory – the properties of quantum materials, and then to fabricate, image and measure them at the atomic scale.

It has recently been realized that questions about the classification of quantum phases of matter can be interpreted in a quantum information theoretic framework. Together with external collaborators (Matthew Hastings and Jeongwan Haah, Microsoft), we use this new intuition to find novel many-body invariants that characterize such phases, and try to connect these invariants to ones obtained from a continuum quantum field theory approach.

Synthetic quantum materials with highly tunable properties can be constructed by stacking two-dimensional crystals atop one another with a small twist angle. The rotated crystal lattices interfere to create a “moiré pattern” that drives exotic new materials properties. This project seeks to create, study, and control strongly correlated and topological states of matter in moiré materials.

Solution-processable quantum dots and doped materials offer compelling advantages for scaling, tunability, and heterointegration in quantum information systems. Our team is exploring new materials and synthetic methods that can open the door to precisely tailored, chemically synthesized quantum materials with both coherent emission and unique properties (such as a strong optical Stark effect) for quantum-enabled technologies.

The synthesis of nanoscale materials for quantum sensing and communication applications remains a persistent challenge. In this project atomically-precise, molecular precursors are being employed for the synthesis of well-defined quantum point defects in nanodiamond materials. Recently, tetraethylorthoxysilane (TEOS) molecules have been used to create negatively-charged silicon-divacancy (SiV) point defect in nanodiamond materials. 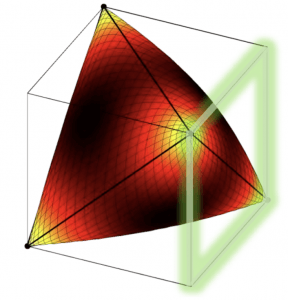 Semidefinite programming (SDP) is a surprisingly powerful optimization tool, and it is natural to ask whether a given polytope has a succinct SDP formulation. It turns out that every such formulation contains within it a quantum communication protocol, where the number of qubits communicated is characterized by the dimension of the formulation

Quantum computing has the potential to solve critical problems that cannot be addressed with classical computation in understanding the structure of matter in both relativistic particle physics and nonrelativistic nuclear and condensed matter physics. Our group is involved in formulating mappings of quantum systems, developing algorithms for their initialization and evolution, and performing computations, on near-term and ideal quantum devices. We also study how quantum field theory can aid in the development and operation of quantum devices. The discovery of Higgs boson opens new windows to search for Beyond the Standard Model physics thanks to predictions of new particles decaying to Higgs bosons. Identification of extremely rare Higgs bosons from enormously abundant background at the Big Bang machine, LHC, is a challenging and sophisticated task. It is possible that quantum computing can provide a different, and better way to achieve global optimization. UW ATLAS team is employing Machine Learning algorithms to address Higgs identification problems in order to maximize the discovery potential in the even more complicated environment at the High-Luminosity LHC to be launched in 2026.

A tool to visualize the transition of a quantum system’s states as a program is simulated. The goal of the tool is to find innovative ways to represent quantum states to help software developers better understand the action of each operation on quantum algorithms to identify bugs and improve the development experience.

Resources estimation is a key tool in the current development of quantum programs as it provides an approximation of the number of qubits and operations an algorithm uses thus helping to understand the type of hardware we will need to actually run the program. This project aims to build a tool capable of calculating resources using the platform agnostic Quantum Intermediate Representation (QIR), an LLVM based language used to represent quantum programs. 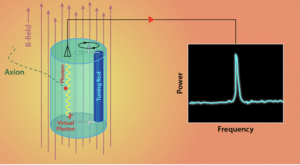 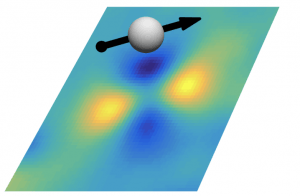 The project is developing a novel sensor for biophysical applications that can simultaneously measure the three-dimensional position and orientation of a nanoparticle magnetic probe by imaging the photoluminescence from quantum defects in diamond. 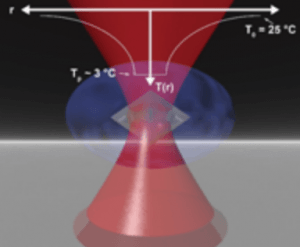 Quantum sensing of weak forces and small displacements frequently requires cooling detectors near absolute zero. In this project nanoscale ceramic materials are being designed, synthesized, and tested for use in reaching translational quantum harmonic ground states through a combination of single-beam laser trapping and solid-state laser-refrigeration.